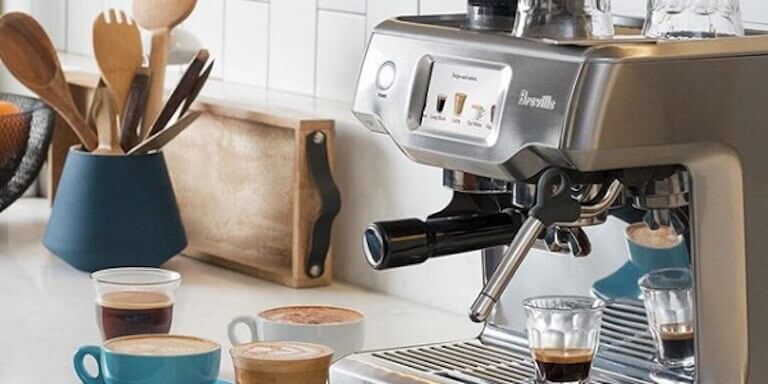 UX, standing for user experience, is something designers strive to enhance in this age of luxury gadgets. And no kitchen appliance company does UX like iconic Australian brand Breville.

The story of @Breville starts with Peter Pan, a pony racing in the 1932 Melbourne Cup. Radio Salesmen Bill O’Brien and engineer Harry Norville placed a bet on 4-1 Peter Pan and won. They decided to use their winnings to start the Breville Radio company they’d been dreaming about, despite the rough economy at the time. But by the late ’50s, TV was in and radio was out, so they turned their focus to small appliances.

John O’Brien, Bill’s son, took to growing the small-appliance business, and founded the Breville Research and Development center in 1972. Two years later, the company debuted the world’s first scissor-action sandwich maker, selling 400,000 units in its first year and becoming one of the most successful product launches in Australian history with a 10% penetration of Australian households in its first year. Today, parts of the world still call toasted sandwiches ‘Brevilles’.

The sandwich maker’s success paved the way for the iconic ‘Kitchen Wizz’ food processor, along with a variety of other high-performance, time-saving appliances such as blenders, dairy bars, yoghurt makers, and waffle irons. Breville’s multicultural hometown of Sydney created a market for niche products such as a high-wall heating electric wok, the health grill, panini press, power BBQ grill, and award-winning Juice Fountain and espresso machines.

By the early 1980s, the growing business had an office in Hong Kong and was selling its products in 15 countries. In 2001, Breville merged with Australian kitchenware company HWI, which helped support the expansion of Breville’s Centre of Design Excellence and brought the brand to North America. Breville products compete on performance and design, and are purposely sold only at high-end retailers, turning down the mass market retailers and clubs. This strategy worked, providing astounding numbers in growth. Breville looked to Canada as its next premium goods market, and despite intense competition from established brand names, their launch at the 2003 IHA show made it clear the company could provide the innovation and design that other companies couldn’t to the Canadian market .

Breville forges ahead by focusing on a trend in contemporary design practice, UX design, which is the crafting of pleasurable and useful encounters between people and things, originally derived from human-computer interaction, or HCI, where user-interface design was the focus. Utilizing user testing, UX inherits mid-century form-follows-function design ideals and supports out-of-the-box genius to solve design problems.

As Breville approaches its 100th birthday, the company continues to provide high quality, restaurant grade appliances with the tagline “Australian Innovation. Since 1932.” Since the launch of their hugely successful sandwich toaster in 1974, Breville has not stopped innovating and creating household appliances. From something as simple as a “a bit more” button on a motorized toaster basket to a smart oven with Element IQ technology, Breville continues to refine the design and functionality of their products, raising home kitchen appliances to nearly restaurant-level quality.