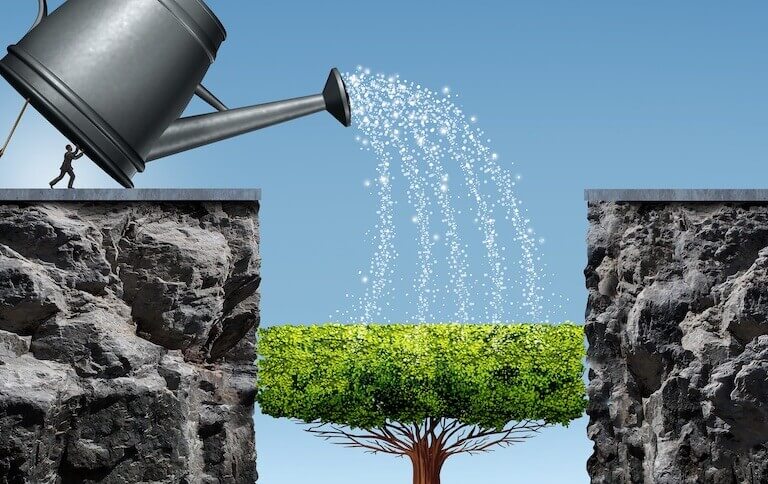 Bridge funding has several different meanings depending on the industry. In real estate, bridge funding is a downpayment in the form of a loan that home buyers often use when they’re waiting for their old home to sell but are already buying a new one. In the startup world, bridge funding is a small, short term amount of funding invested in a startup to help keep the company’s operations running smoothly until the next round of funding helps it reach profitability.

Bridge funding in the business world is short term working capital provided for a company until another source of funds, typically a bank loan but sometimes an anticipated source of revenue, kicks in. This use of interim financing is popular in the alternative lending industry because of the already short term funding structure. Since online lenders like FundKite can put money into a merchant’s account within 72 hours of approval, bridge funding with alternative lenders is short and sweet and extremely timely, whereas a bank loan can take six months or sometimes more to kick in.

Is Bridge Funding Right For You?

Businesses need funds to fill in a revenue gap for a variety of reasons, and the slow pace of bank processing shouldn’t stop them from getting it. A company would seek alternative lending in addition to a bank loan because short term financing often comes with higher interest and buy rates. Because of the extra cost, bridge funding is often a small boost until long-term financing can be arranged or an infusion of funds is expected, such as a client that is scheduled to pay for a major project. Take heed though, never agree to a loan or funding deal that charges more than what you are expecting and thereby causes additional financial struggles.

FundKite is often used as bridge funding until a bank loan kicks in because we give merchants the option to pay back their funding received early if they so choose. Which is just another reason why FundKite’s flexibility keeps businesses owners coming back repeatedly to fund with us!