The Viability of Food Truck to Restaurant 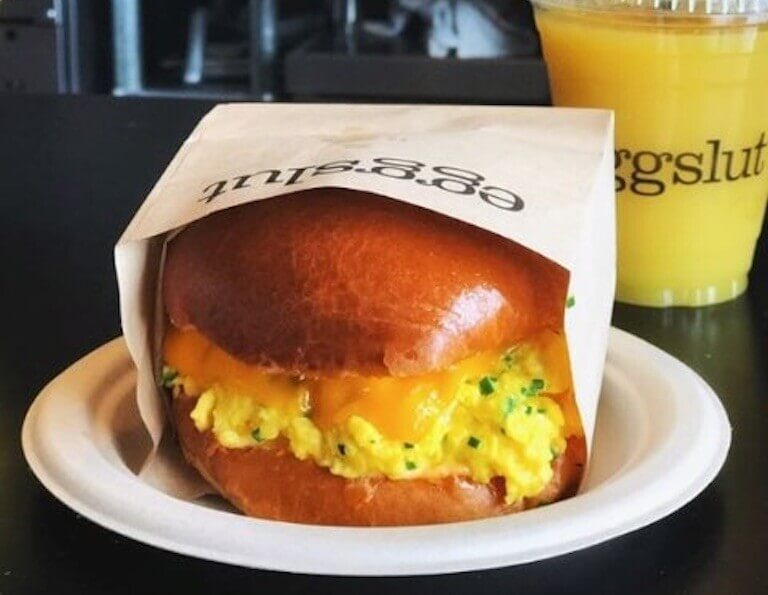 The fourth most photographed restaurant in the nation (according to Instagram) is a four brick-and-mortar location shop that started as a food truck. EggSlut is the name, perfect eggs are the game.

Founding chef Alvin Cailan had chosen cooking as a career early on, but he decided to start his own business at 30 based on the first thing he learned how to cook as a kid: eggs. In 2011, Cailan ate a lack luster breakfast sandwich at an LA diner and thought the world could really benefit from better, nay, incredible, eggs. He thought, “If people buy $7 coffee, they’re going to buy $6 breakfast sandwiches.” So Cailan sold his car and bought a food truck and with the help of his cousin, @Eggslut was born in one weekend.

A food truck devoted to egg sandwiches? It might not seem like a profit mine, but that’s because you’ve never had Eggslut’s eggs. The food truck line was often a two hour wait, and for an egg sandwich that costs around $9. But more than four permanent locations have hatched throughout the LA area, all which have lines out the door and go through thousands of eggs per day. Customers are drawn in by the shocking, comical and slightly revolting name Eggslut, and they stay for the fluffy, buttery, cheesy eggs. The risky name has led to nationwide recognition, and the menu only recently went from four to eight items. It would seem that America is full of Eggsluts (Definition by owner: “someone who loves eggs so much, they can eat them all day, all night, wet, hard, coddled, easy and with everything.”)

Eggslut’s signature dish is “The Slut”, a coddled egg on pureed potatoes served with toasty crostini. They also have options like the “Fairfax” soft scrambled organic eggs, chives, cheddar cheese, caramelized onions and Sriracha mayo in a brioche bun, or a B.E.C. or a cheeseburger which also boast similar mouth-watering ingredients.

The truck achieved success with strategic parking. They targeted hipster LA neighborhoods willing to fork over the cash for artisanal egg sandwiches, and even parked outside Snapchat’s headquarters and next to high-traffic tourist signs. From there, Instagram photos and food critic reviews did the rest of the work. Last August, 2017, Cailan posted on his personal account, “6 years ago I became a prep cook, a chef, a dishwasher, a truck driver, an accountant and a small business owner. Happy Birthday Eggslut.“ And he continues to grow his foodie empire.

Go ahead, order the slut for breakfast. Your mouth deserves it.