How The Alternative Lending Industry Began 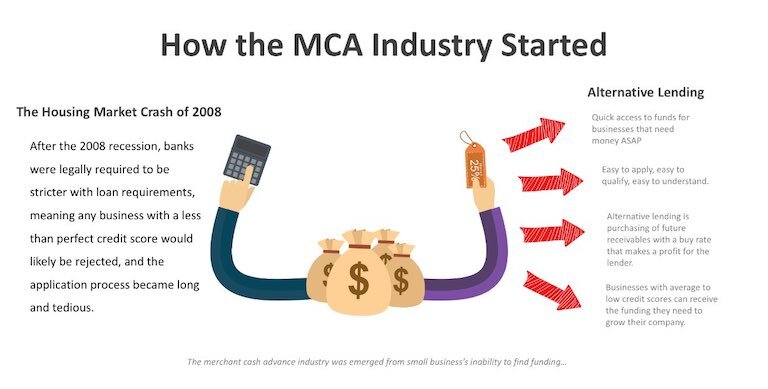 The alternative lending industry stupefies many business owners just beginning their search for funding. Part of the confusion comes from the industry’s polyonymous history and similar but shady associated industries. Alternative forms of money lending that were once referred to as payday loans, cash advances, merchant cash advance (MCA), and more, are now finding their niche in the names of funding and alternative lending.

Part of the reason for this constant name changing comes from bad seeds in the finance industry running scams and ruining the industry’s reputation for everybody. Even the honest companies must change their wording when Google and Facebook ban keywords often used to drain innocent workers going through a hard time of all their money. For example, PayDay loans were outlawed after race car driver Scott Tucker ran a massive scam designed to trap borrowers in debt with huge rates, short terms and hidden legal footnotes. The same goes for the other money lending terms, for when you operate in an industry where people in need of money are willing to do anything to make ends meet, you undoubtedly will have greedy wolves taking advantage of the unsuspecting. 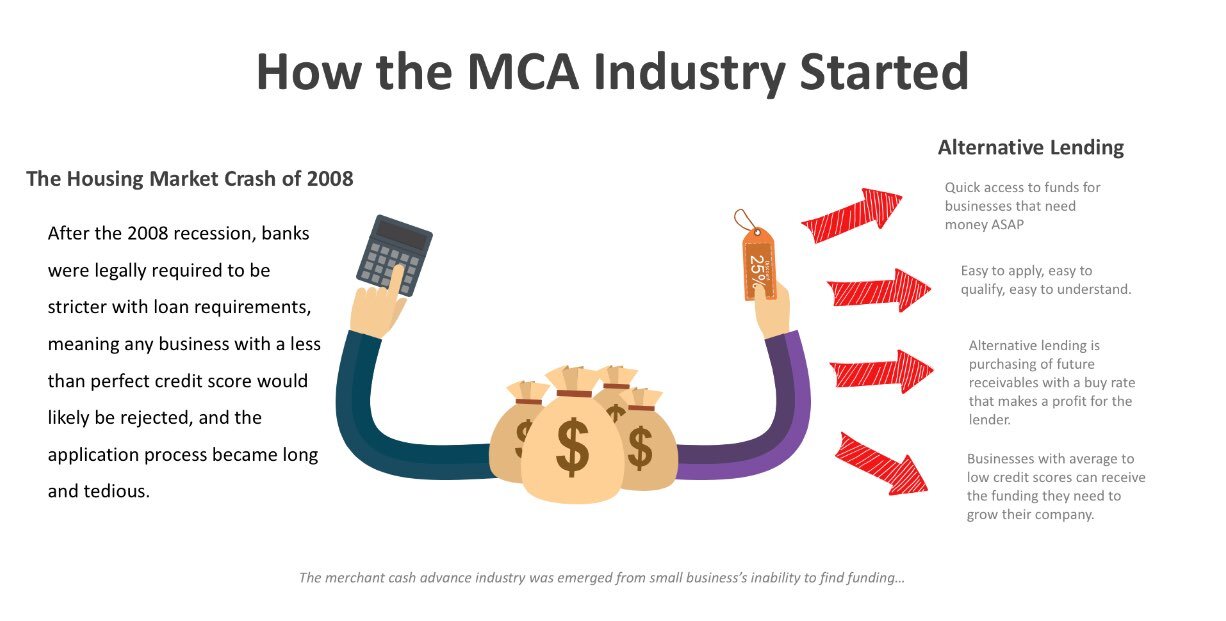 Alternative lending has been around since banks and SBA loans, but the 2008 recession gave the industry a major boost. After the recession, banks were legally required to enforce strict loan requirements, meaning businesses with less than perfect credit scores (anything below 700) would likely be rejected after a long and tedious application process. To help the market of small business owners unable to get funding, FundKite and other similar companies began alternative lending.

Most companies will have their year established date as around 2010 because that’s when the market really opened up. Funding companies worked hard to build themselves an honest and trustworthy reputation helping recovering small businesses after many years of bad companies previously tainting similar money lending formats. While the rates of purchasing future receivables are generally higher than a bank’s interest rates, alternative lending allows businesses to receive large amounts of funding within a few days, sometimes even hours. This is useful when a transportation company’s truck breaks down or a pizzeria’s oven decides to quit. Alternative lending companies also are more likely to accept low credit scores, even as low as 520. While deals can be high risk, the terms are short, making them more fundable and as the industry grows, more regulations are being put in place to protect the merchants as well as the funders. FundKite understands that low credit scores can be caused from lingering start up expenses and high credit scores can be false due to nubile operations. We evaluate the overall health of the business, not just the credit scores that banks are forced to rely on. 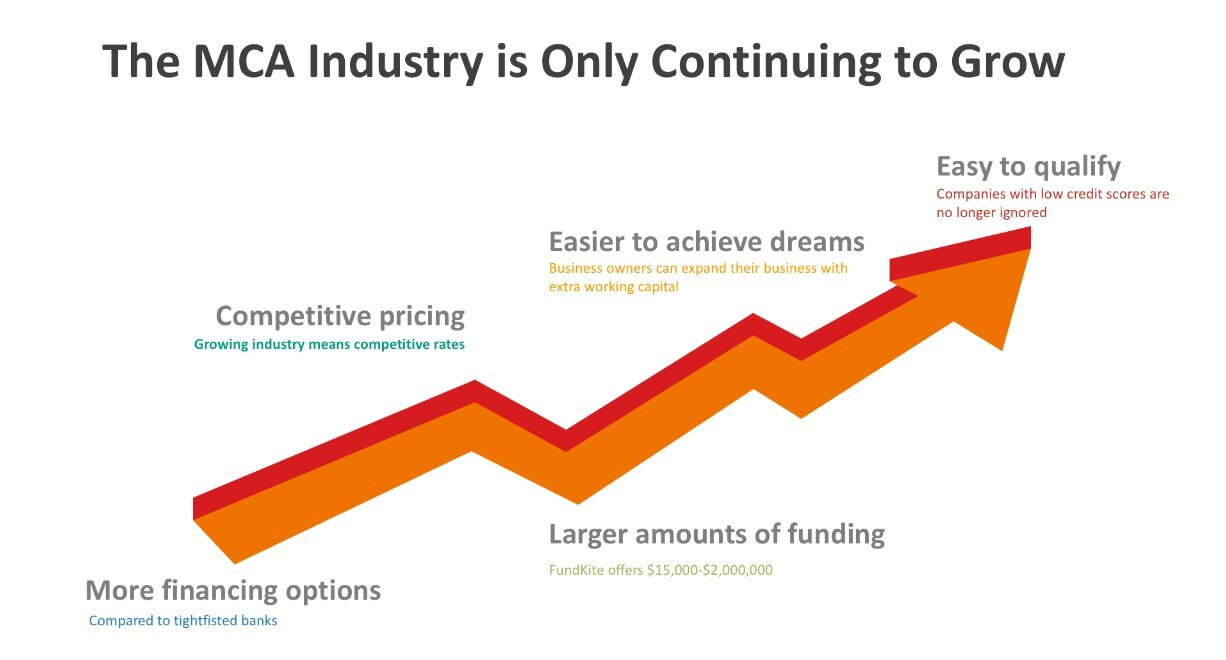 Fast forward 10 years to 2018. The alternative finance industry, still often referred to as MCA industry, is comprised of several dozen companies with funders, brokers and ISOs providing small to large businesses with over $50 billion in working capital. We as an industry continue to serve the underserved market, helping businesses achieve their goals with the necessary additional cash flow that banks and SBA loans cannot provide.

If banks and the Small Business Administration are rejecting your loan applications, click here to apply for business funding with FundKite!