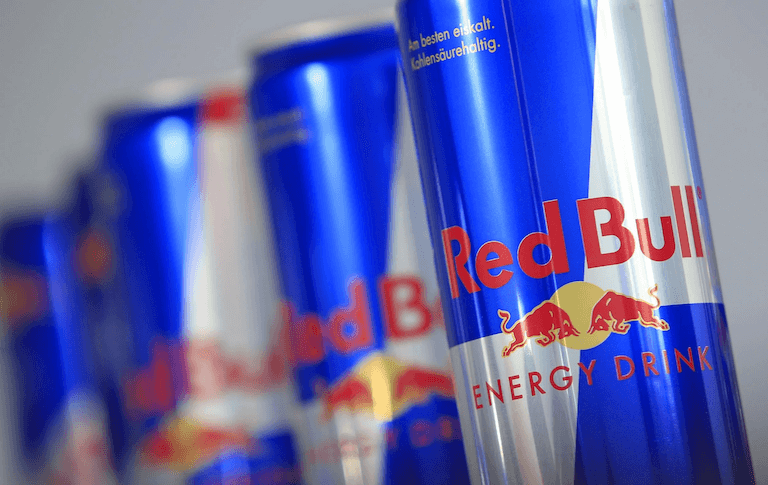 Spawned from jet lag, Red Bull is a perfect example of how to grow in a market that you created.

Austrian entrepreneur Dietrich Mateschitz was overseas in Thailand for his job as a toothpaste salesman when he needed a boost of energy to help fight the time change. He happened upon Krating Daeng, created by Chalea Yoovidhya, meaning red guar. The drink was sweet and flavored to appeal to Asian culture, so Mateschitz took the new concept of an energy drink and gave it a berry flavor and carbonation to appeal to the Western market, launching in Austria in 1987. Mateschitz and Yoovidhya worked as partners, sharing the red bull on a sun logo.

When Mateschitz and Yoovidhya started the company, they each put in $500,000, which left very little for marketing. They were even told not to start the company after a market research report told them it would fail. But since they were creating a new market, they had to try a new marketing approach, now referred to as buzz marketing. First, they created a ‘brand myth’ stating that Red Bull Gives You Wings. Red Bull continued to spread its name with hard-to-miss cars decked out in Red Bull logos driving around campuses and free hand outs to college students. The company is also extremely involved in sponsoring athletes (particularly in sports that involve flying or being airborne) and creating extreme sports events such as Red Bull Cliff Diving World Series, Red Bull Air Race, Red Bull Crashed Ice and stand-out stunts such as the Stratos space diving project, creating a “cool” public image. The company portfolio also includes Red Bull Records, RedBullTV, sports teams and arenas, celebrity endorsements, and games in the app store.

Energy drinks often come under fire for health risks concerning concentrated caffeine and taurine. While overuse can be detrimental to the body and mind, food safety regulators in the majority of countries have deemed moderate use of energy drinks to be safe, even increasing endurance and concentration, and urge to avoid mixing them with alcohol.

Red Bull also focuses on its carbon footprint, implementing wall-to-wall production to save on transportation CO2 emissions (9,687 tons each year) and shrinking the aluminum used in their 100% recyclable cans. 80% of the energy used by the company is from renewable sources.

Today, @RedBull has the highest market share of any energy drink in the world, with 6.3 billion cans sold in 2017 with the help of 11,886 employees. Red Bull strategically rose to the top by only offering one flavor in sugar free varieties for the first 25 years. It wasn’t until 2013 that that color editions with fruity flavors were debuted, and organic versions are on the way. Now, the product is available in 171 countries and over 68 billion cans of Red Bull have been consumed so far.

For the first 15 years, very little profit was taken from the company as internal profits were reinvested for more growth rather than outside investment with external influences who wouldn’t agree with the company’s unique marketing strategies and company culture. Mateschitz and Yoovidhya are now some of the richest people in the world, each of them having a net worth of more than $4 billion.