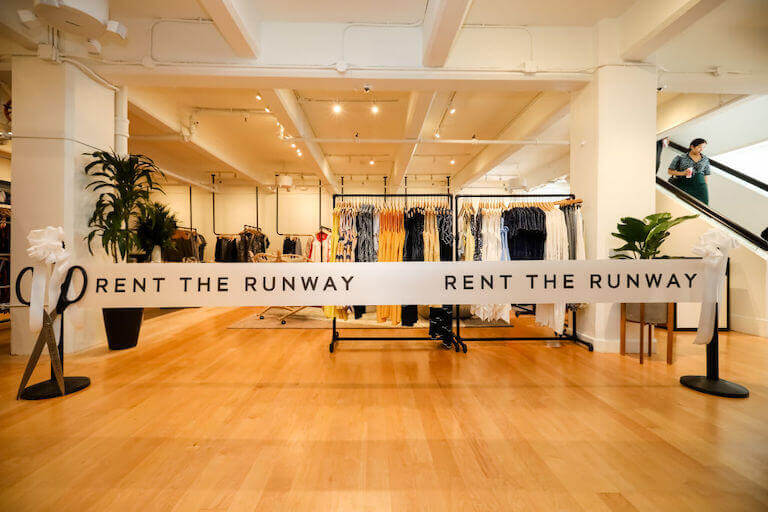 It’s been called the Spotify, Netflix and Uber of dresses, it’s Rent The Runway.

Rent The Runway’s story dates back to 2008 when Jennifer Hyman visited her sister in New York City while on Thanksgiving break from Harvard Business School. Her sister showed her a $1,600 designer dress she had purchased for a wedding that weekend, a dress that was out of her budget but was bought because she’d already been photographed for Facebook in everything else she owned.

This was Hyman’s aha moment. With social media pressures to mix up outfits and the shift into an “experience economy” (spending money on experiences rather than material things), Hyman thought about how many other women could benefit from a service that lets you rent a designer dress for one occasion and send it back, rather than dropping a large amount of money to wear a trendy dress once.

Harvard friend Jennifer Fleiss agreed with Hyman, and together they tested the market with pop-ups around different campuses by using their own money to buy 100 dresses and modify their business model every event. Figuring out rental periods, return methods, laundering techniques, inventory flow and warehouse distribution was very much a trial and error process.

With two competitive, hard charging, ambitious women making their idea happen, @Rent The Runway, officially launched 2009, has grown to 6 million customers, 1,200-plus employees and more than $100 million in revenue, becoming profitable in 2016. The company launched same-day delivery and a brick-and-mortar store in New York City, and an unlimited subscription service.

Hyman and Fleiss contribute some of their success to Diane von Furstenberg who responded to their email asking for advice and connected them with other fashion contacts. Rent the Runway has gone on to be a major player in the reshaping of the fashion industry. Designer’s get experimental marketing to their target audience of women mostly in their mid-twenties, and those women get access to high-end clothing they might not otherwise have the opportunity to afford. This exposure leads to more purchases, more PR for new lines and a way for up and coming designers to be featured.

More than just a fast-fashion company, the startup uses massive amounts of custom software and logistics algorithms created by Hyman from scratch to build a predominately female tech company. Hyman and Fleiss combined further art and science by using metrics and rental statistics to influence their future styles and colors of the dresses they will add to the inventory.

Rent the Runway has raised more than $190 million to date, more than any female-run business in the U.S., not an easy feat in an industry of male venture capitalists who don’t understand women’s fashion, just like BaubleBar. The company helps both wallets and wardrobes by not filling closets with barely worn pieces, a major factor in environmental waste. Just like streaming music instead of buying it, Rent the Runway is another way for millennials to have it all without buying anything.