Fixing Your Own Problems 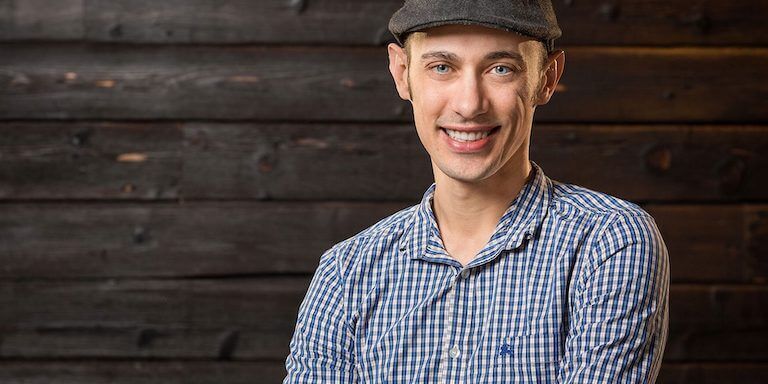 Many would be entrepreneurs have a business idea but lack the expertise to execute it. Lucky for Tobias Lütke, when he noticed there was a need for an e-commerce platform, he had the programming experience necessary to create a website for it, now known as Shopify.

The need arose in 2004 when Lütke wanted to sell his high-end snowboards online. The e-commerce options available were hard to use, limited in design and had very little integration capabilities.

Lütke, along with the help of his friend Scott Lake, teamed up to build the platform they needed, getting the foundation done in one weekend and continuing to modify the platform for other users needs for the next 1.5 years. In 2006, with $200,000 from friends and family and $250,000 from an angel investor, Lütke and Lake launched the customizable online storefront and Shopify was born in Ottawa, Ontario.

The co-founders went without salaries for nearly two years, pushing Lake to depart shortly after launch. Lütke, CEO, then brought on Cody Fauser as CTO and Daniel Weinand as chief design officer. With this team, Shopify reached profitability in 2008 and shortly thereafter secured $7 million in funding in 2010 and another $15 million in 2011.

The perseverance paid off tenfold. Shopify empowers small businesses as well as big names like the Foo Fighters, Tesla, CrossFit and 50 Cent. The Canadian company reported that it had more than 600,000 merchants using its platform as of August 2017, with total gross merchandise volume exceeding $55 billion.

One of the major advantages of Shopify is how customizable it is. With thousands of storefronts using over 100 different themes, shoppers can hardly tell unique sites are all hosted on the same platform. The site also runs worldwide and accepts more than 50 different payment options. Shop owners can track their customers shopping habits on their site through either Shopify Analytics or Google Analytics. Shopify’s subscription plans run from $29 a month for a basic package to $299 a month for advanced, and there are no restrictions to what can be sold, unlike on Etsy

Because of the ease with which Shopify lets business owners sell, there are hundreds of success stories on the internet featuring businesses that skyrocketed into incredible profits seemingly overnight. In January 2017, Shopify announced integration with Amazon allowing merchants to sell on Amazon from their Shopify stores, after which the company’s stock rose almost 10%.

Thanks to one of the largest venture financings in Canadian history, Shopify Inc. became Canada’s first Internet startup since the dot-com crash to reach a billion-dollar valuation.