Tips For Running Your Business

During An Election Year 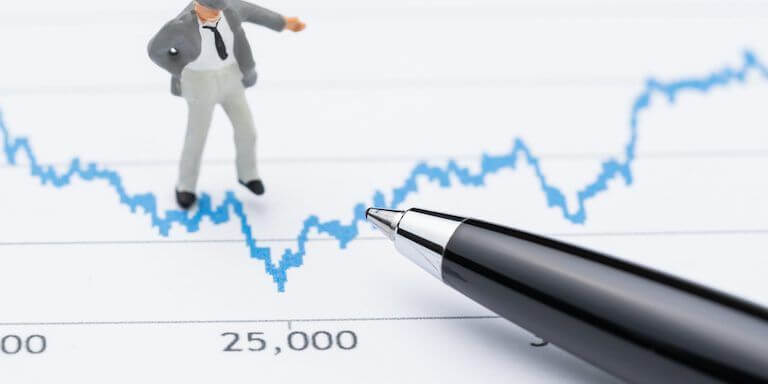 Before they’re even inaugurated into office, presidential candidates have an impact on the American economy during the unpredictable months leading up to the election.

Election years are known for being filled with uncertainty because as campaign speeches make promises of lower taxes, higher tariffs, new business regulation laws and environmental standards, it can be hard to predict which candidate will come out on top, and which of these promises he or she will follow through on.

While you can’t directly control the final results of the election (but you should exercise your right to vote!), you can prepare your business for times of change and uncertainty. Here’s how.

WHAT HAPPENS IN ELECTION YEARS

The root of market uncertainty during election years comes from not only the candidates campaign, but also the general party values they uphold. As polls show changes in which candidate is expected to win, the stock market will often fluctuate in response. This change is because each party has its own beliefs on how the government and economy should be run, which impacts businesses on every level.

Typically the Republican Party is seen as the business-friendly party. Their policies favor a free market with limited government regulation. This reduces regulations that would decrease profits in favor of environmental concerns, labor union interests, healthcare benefits, and retirement payouts, as well as focuses on increasing domestic business growth.

The Democratic Party is typically more in favor of government regulation to guide the direction of the economy, which comes at a cost. Referred to “tax and spend,” taxes are raised to increase regulation. The party has a global view to aid other nations and use taxes to help the greater good of society overall.

The possibility of a new party taking over office means trade wars could begin, import tariffs could go up, personal taxes could fluctuate, and many other financial changes. The majority party in the House and the Senate also impacts how and when laws are passed, but the President is a major driving force in implementing changes in the American government and economy.

All of these policies on top of the November election taking place just weeks before the holiday madness starts can leave business owners stressed in terms of how to forecast cash flow and time expansion projects.

Getting Your Business Ready for 2020

If you feel more uncertain about running your business during an election year than you do during normal years, you’re not alone.

No matter what industry you operate in, your business will be affected by policy changes either directly or through a trickle down effect.

During the previous election year, 2016, the Business Journals SMB Insights 2016 showed 71% of all SMB owners were worried about the upcoming election and its impact on business – 38% reported as being very concerned & 33% being somewhat concerned.

The election of 2020 is different than 2016: President Donald Trump is running for reelection, expecting to continue implementing his policies as he has been for the past four years. In 2016, both Democratic and Republican candidates would have been new to the oval office, leaving business owners unsure what the outcome would be should either candidate win.

While there is somewhat less uncertainty when a president runs for reelection, there are still several key topics that remain a struggle for small business owners every election year.

Election year or not, trade wars have been waging for quite some time now, primarily with China and Mexico. Small businesses ordering raw materials suddenly get hit with high tariffs causing a trickle down effect in the supply chain of raising prices. Other countries attempting to influence the outcome of the 2020 election may start trade wars in hopes of shaking up the economy and confidence in the current President.

To prepare for rough waters, businesses are advised to stock up on inventory in bulk when prices are low. Sometimes outside funding is needed to finance this spending, however the money saved can more than cover interest paid if timed right. Additionally, business owners can seek American suppliers to help them save on tariff costs.

In today’s political climate, many business owners are torn when it comes to marketing their businesses. Many major names have taken a stand with what their political views are. Is it necessary that your business does, too?

The country has become more politically polarized than ever before. Supporting a candidate, while perfectly fine to exercise freedom of speech, could turn away customers who no longer feel welcomed in your shop, not to mention alienate employees or vendors. As a small business, losing clients over political views that have nothing to do with conducting business together isn’t something you should risk. If you feel the need to speak out, think topics not parties to avoid shutting out a large consumer base.

Currently, America is in its longest streak of economic expansion in history, and financial analysts are saying that could come to a halt in 2020. Whispers of an impending recession have been building as no one knows when the times of prosperity will take a turn. If consumers begin to buckle down and tighten their spending in preparation for a recession your sales could decline in response. The recession is predicted to hit in 2020, which, depending on timing, could impact a candidate’s presidential campaign.

If a decline in sales from market dip predictions affect your business, hold off on any projects to expand. Taking on financing and not being able to pay it back would put you in a worse position. If you are selling a luxury rather than a necessity, think about how you can run promotions to increase profits and create a financial cushion to help your business coast through a decrease in sales.

Nearly every aspect of business policy could be subject to change, but there are several at the forefront being debated by opposing parties. 2020 elections could forecast upcoming changes on:

And of course, there are other regulations and deregulations being lobbied for that don’t pertain to SMBs directly.

While this can all seem to be a lot to take in for those who like to plan ahead, remember, regardless of which candidate is elected or reelected president, life moves on and businesses will continue to focus on selling their product or service. The economy will continue to change and evolve every year, election or no election. Dealing with economic changes and financial setbacks is all part of the journey of being a business owner.

However, do not sit idly by. Now is a critical time for small businesses as the country anticipates a potential change in leadership and new opportunities and challenges, such as market dynamics and new regulations and tax laws, which can have a significant impact on business results. If you know a change could be coming, take action to prepare and bolster your business for times of uncertainty.