Blender as a Best Friend 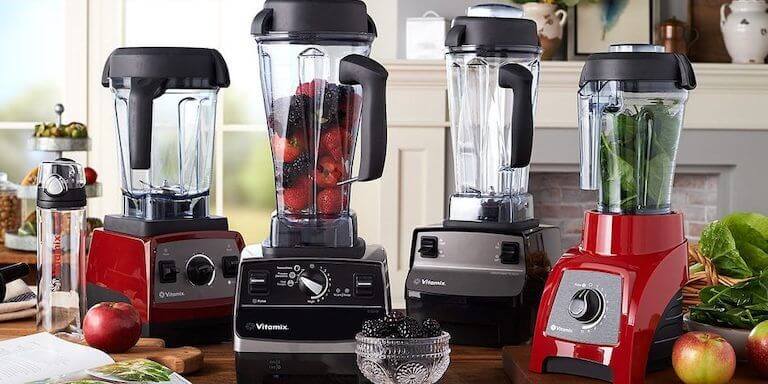 Product warning: May cause dancing in the kitchen and obsession with liquifying all meals.

Vitamix isn’t just a blender, it’s a lifelong companion. While many consumers are deterred by the thought of paying $250-500 for a smoothie maker, those who have taken the plunge swear it changed their life.

@Vitamix has always been an advocate for maximizing the nutritional value out of every meal. The company story dates back to 1921 when William Grover Barnard began traveling the country selling kitchen products just as the early stages of the Great Depression started taking their toll. Along the way he helped a friend through an illness and began to focus on nutrition and health. When he came across a new invention in 1937 called a blender, he immediately took to this healthy and delicious food making product, calling it the Vita-mix because Vita means life.

In 1949, Vitamix, still under the leadership of Barnard men, took its live demonstration to the TV, airing the nation’s first ever infomercial. Twenty years later, the Vitamix began to deviate from average blenders, becoming more powerful and versatile than any other product in its category. 1969 saw the debut of the Vitamix 3600, a blender that could make hot soup, ice cream, bread dough and more.

Always innovating and re-engineering what blenders can do, Vitamix continues to grow its cult following with cutting edge blade designs, silencing mechanisms, commercial variations and endless recipe books. Most Vitamix owners will agree, their blender changed their diet, marriage and friendships.

Vitamix uses a vortex system and powerful blades to liquefy any food, including some fruits that often come out chunky in smoothies. Users report throwing in wilted vegetables, almost like a garbage disposal, to utilize the nutritional value of every item in their fridge, unlike juicers which leave precious fiber and roughage behind.

If a blender as a best friend seems crazy, that’s only because you’ve never used a Vitamix.