Success of the Ugly Sandal 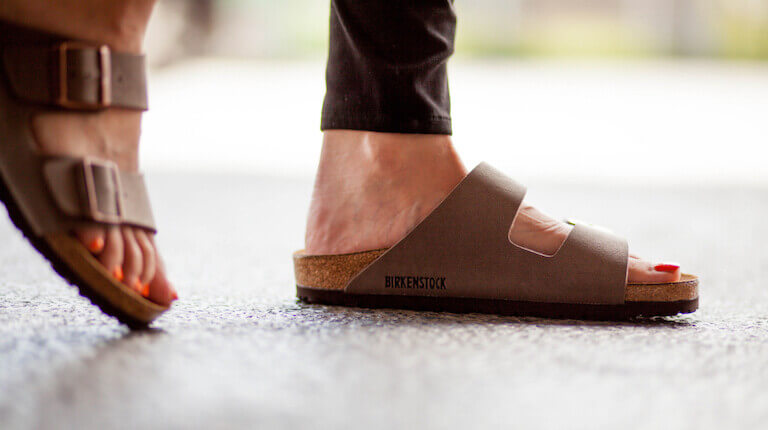 Why would you want to sell ugly fashion? Because comfort is cool!

Birkenstock, a German footwear company, is one of the most controversial fashion statements in the industry, right after Crocs. The shoes themselves are clunky, contoured cork with rubber footbeds that curve to the shape of the wearer’s feet. But the suede tops make for some very distinct opinions on the look of the shoes.

The famed footwear brand traces back to 1774 when Johann Adam Birkenstock became a “vassal and shoemaker,” starting a family vocation. Johann’s great-great-grandson Konrad Birkenstock then looked at the flat shoes being made and developed the first contoured insole in 1896. He continued to redesign and expand his insole inserts for flexible arch-support over the years and greatly expanded the company’s reach. WWII made the shoe especially popular among returning soldiers, and athletes soon followed the love of the curve.

@Birkenstocks came to the US in 1966 when Margot Fraser discovered Birkenstock sandals while visiting Germany for foot pain spa treatments. She brought the company to Novato, California as Birkenstock Distribution USA, Inc. and raved about the wonders the shoes did for her orthopedic problems. Shoe stores refused to sell them because they were ugly, but health food stores with hippie clientele took to the dorky, orthopedic sandals.

Cultural revolution played an important role in the popularity of the shoe, and Birkenstock sightings have continued to ebb and flow with the ever changing fashion trends. The 1970s in particular appealed to flower children, and ever since there has been a hippie connotation attached to the brand name. “Birks” often make a comeback when political tensions are high and voters want a brand to identify with their fashion statements. However, the company does make marketing efforts to expand beyond their granola label and into high-fashion.

At a price of between $69 and $99, you can expect to get good value for your purchase. The proprietary footbed, created in the 1930s, is comprised of 4 different layers. The first layer of the shoe is the shock absorbent sole, followed by two layers of jute fibers, and a firm corked footbed. The last layer is the footbed line which is a soft suede. Birkenstock still makes its sandals in Germany, rather than in China, and the company promises to repair worn-out sandals, no matter how beaten up.

In 1988 Birkenstock switched to environmentally-friendly adhesives, then in 1990 reduced energy consumption in production by over 90%. In 2018, Birkenstock was given PETA’s Libby Award for being the “Most Animal-Friendly Shoe Company.”

In 2014, nearly 20 million pairs of Birkenstocks were sold, partially thanks to celebrities embracing the edgy sandal. 243 years after Johann began his shoemaker journey, Birkenstocks appeared in Paris Fashion Week 2017. Quite a shake up to have the the model of foot health on models used to toe-crunching, heel-blistering shoes.